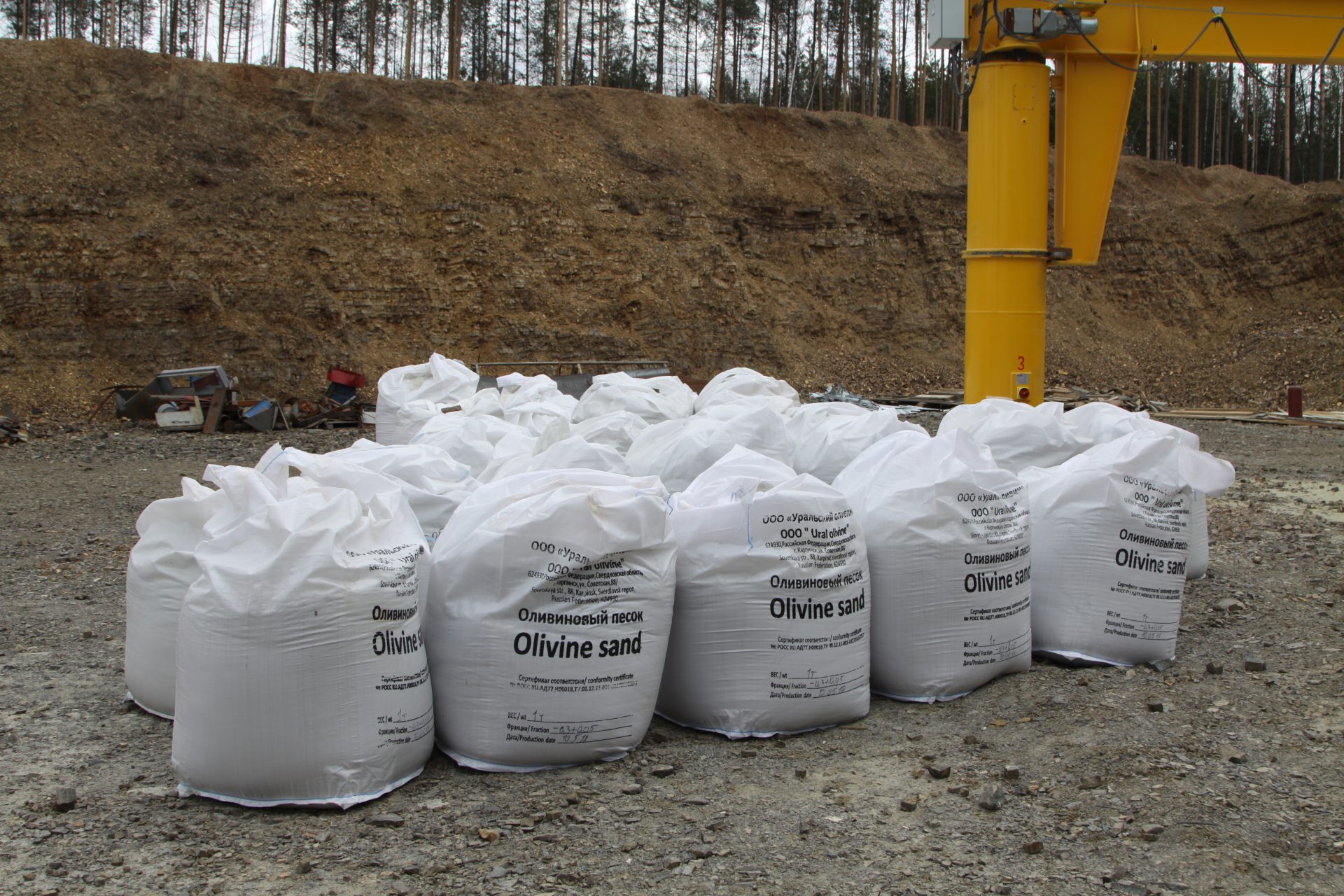 Dunites of the Northern Urals, LLC opened a factory for the production of olivine sand for foundry industry in the Sverdlovsk region.Such production was not launched in Russia previously. The project investments exceeded 240 million rubles, according to the press service of the Corporation for the development of the Middle Urals.

According to the General Director of the company Nikolai Kuzmin, the construction of the factory was fully financed by private investors. «This is a completely new production for Russia. The amount of production of olivine sand will depend on the number of orders.

We are ready to process 30 thousand tons at the first stage, but in principle we can give more. Now we have sent a batch of products to seven companies for testing.We attract foreign countries too, and now we are negotiating with Turkey,» said Mr. Kuzmin. Foundries are gradually moving away from the use of quartz sand and move to olivine. This will eliminate the silicosis.Norway is the main supplier of olivine in the world market. «The project price of olivine sand produced by Dunites of the Middle Urals is set at the level of the average price of quartz sand. According to its criteria, the Russian analogue is comparable with the Norwegian one and at the same time wins in price,» explains the General Director of the Corporation for the development of the Middle Urals Sergey Kiselev.According to their calculations, the critical mass of all foundries is concentrated in Sverdlovsk, Chelyabinsk, Kurgan, Tyumen regions, Perm crane, Bashkiria, Tatarstan and Udmurtia. The need for sand from the largest foundries in Russia is 952 thousand tons.